Self-Defense: What Every Woman Needs to Know

As much as we prefer not to admit it, the fact is that we live in a dangerous world, so it's important for every woman to learn some basic techniques in women's self defense. The key is to avoid potentially threatening situations altogether. Often, this is merely a matter of crossing to the other side of the street and avoiding dimly lit areas or choosing a route where there are more people. Using your eyes and ears to detect and avoid threatening situations is the foundation of any good women's self defense system. 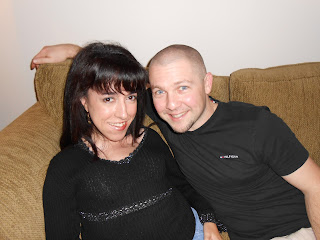 For the past 20+ years I have had one of the most amazing people in my life that will always have a lasting impression on my heart. Jack and I met in high school and have been quite inseparable ever since.

Jack has always been very protective of me and as a the founder of Har-Ki Martial Arts, a non-profit martial arts training center, he is very knowledgeable of self defense.

Jack holds several martial arts black belts, Kenpo Karate*, Tae Kwon Do (Kukkiwon Certified) and has been training in Japanese, Chinese, and other systems of Martial Arts since 1984, and instructing since 1996. Additional studies include, knowledge of Jeet Kune Do, Jujitsu, and military based fighting / CQC. If all of that wasn't enough, Jack has been accepted into the National Martial Arts Hall of Fame for 2008,' 09, '11 - so very proud of all he has and continues to accomplish!

To help you come up with a personal protection strategy of your own, here are some must-know moves to pull out of any threatening situation.

Don't Be a Victim
An important aspect of women's self defense is to avoid thinking or acting like a victim. Walking with a purpose is one simple thing you can do to minimize the possibility of a street attack. Most criminals target easy prey. Holding your head up high and carrying yourself in a bold manner is a basic women's self defense strategy that may cause potential assailants to think twice.

Your Body and Women's Self Defense
Martial artists like Jack are aware that their own bodies are bristling with potential weapons. In a women's self defense her use of knees, elbows and even teeth are essential. A stiletto heel, once removed, can be wielded as a dangerous weapon for striking the face, neck or groin. Knees can be brought up to strike a groin and elbows can be jabbed into the face or neck.

Soft Targets and Women's Self Defense
Another important women's self defense technique is to look for the soft target. Typically, men are stronger than women are; so if you are attacked, you want to hit your assailant hard once and get away. Eyes, nose, throat, groin and solar plexus are all soft targets that are vulnerable to finger jabs and elbow or knee strikes. The instep of the foot is sensitive and contains many nerve endings. If you are grabbed from behind, a good women's self defense technique is to pick up your foot and drive your high heel into your assailant’s foot.

Directness and Women's Self Defense
The best women's self defense technique is to avoid potentially dangerous situations altogether. But if you are cornered by an assailant, you need to strike quickly with devastating force and then get away.

Remember ladies, knowledge is power! You will have more confidence if you know where and how to strike if you need to defend yourself. Don’t be a target! Don’t be a victim! Stay safe!