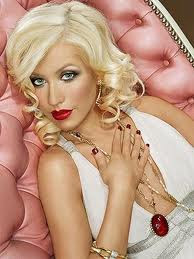 OK, I have a confession to make. Ever since the Genie in a Bottle days, I’ve had a not-so-secret girl crush on Christina Aguilera.

Xtina made her film debut in the movie Burlesque along side another musical Diva Cher, which quickly became one of my favorite movies. One of my favorite songs in the entire movie is "I am a Good Girl" where Christina sings about her dress that's Chanel and her shoes that are YSL. Apparently, her bag is Dior and her lingerie, Agent Provocateur! (Oh, that old game of rhyming some of our favorite designers!) However, Xtina wants you to know one thing: She's a good girl who didn't do anything frisky to get those designer pieces.

In addition to her killer pipes and a new silver screen acting career, Christina has her own line of jewelry and perfume, she is an advocate for 17 different charities and causes and her work has earned her numerous awards and accolades, including a star on the Hollywood Walk of Fame, four Grammy Awards and one Latin Grammy Award. Rolling Stone ranked her number fifty-eight on their list of the 100 Greatest Singers of All Time, ranking as the youngest and only artist on the list under the age of thirty. The list of her accomplishments just goes on and on.

I adore Christina's style that is so completely feminine with a vintage appeal. From the beginning, to me, was the epitome of what a woman should be; sexy, sophisticated, fearless and awesome . . .and she still is! 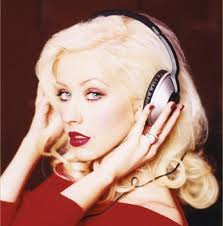 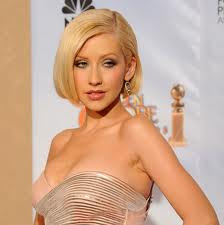 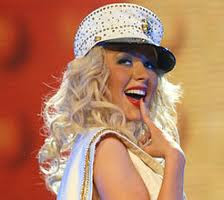