It's Been How Long? 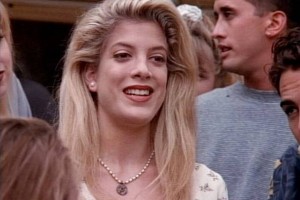 Recently, Tori Spelling sat down to celebrate the upcoming 20th anniversary of the very famous “Donna Martin Graduates” episode of Beverly Hills, 90210. The episode, titled ‘Something in the Air,’ premiered on May 12, 1993. You might remember: All of the students rallied together to overturn the school board’s ruling that Donna could not graduate. They began the famous chant ‘Donna Martin Graduates!’ Can you believe that was 20 years ago? This anniversary sparked me to look back in the TV time machine and see how long ago some of my favorite TV moments occurred. 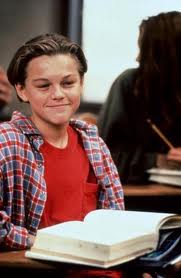 Some of you may love Leonardo DiCaprio as Jay Gatsby in the newest summer blockbuster, or even as Jack Dawson in the Oscar Award Winning Titanic, but my favorite Leo role was way back in 1991. You might remember the September 28, 1991 episode of Growing Pains ‘In Vino Veritas,’ when homeless student Luke Bower moves in with the Seaver family. The new family had their ‘growing pains,’ but they eventually learned to love one another and moved to D.C.!

This couple, although very young, made me believe in love. Let me cut right to the chase: On October 15, 1993, Cory and Topanga shared their first kiss in ‘Cory’s Alternative Friends.’ It was young and innocent. In episodes to come, they fought, they cried, but most importantly they loved one another unconditionally. I think the rest is history. Which brings me to my next favorite moment… 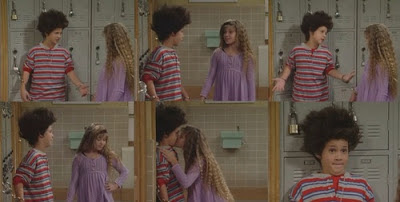 This might not have been a major moment for most of you, but it’s something that always stands out in my mind. You know: Ross and those damn leather pants! In ‘The One with All the Resolutions’, the Friends gang decided to make some serious, life-changing decisions. Well, Ross decided to wear leather pants. And on January 7, 1999 he made the very sweaty mistake of taking them off to go the bathroom. They got stuck and he found himself in a very uncomfortable situation. It all worked out and five years later, Rachel got off the plane! 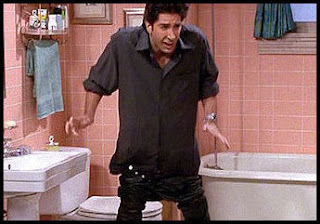 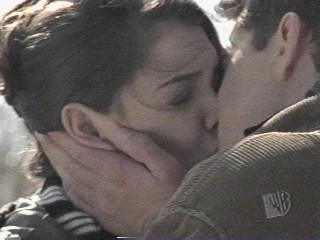 Will she pick Dawson or Pacey? That was the constant question in my mind for Ms Joey Potter of the teen drama Dawson's Creek. Although when the series started she was pining over one Dawson Leery, and I will admit their first kiss in his bedroom to end season one made this girl weak in the knees, I always preferred her paired with Pacey. The budding romance between Joey and Pacey had every girl screaming "FINALLY" when they kissed on March 1, 2000 in 'A Cinderella Story.'

So there you have it—some of my favorite TV moments. There are plenty more so feel free to share them below, or on Facebook or Twitter! I'd love to hear yours!